March 8th is International Women’s Day, with this year’s theme #BreaktheBias inviting us to envision a world free of bias, stereotypes, and discrimination against women.

A world free of bias, stereotypes, and discrimination.

A world that is diverse, equitable, and inclusive.

A world where difference is valued and celebrated.

Together we can forge women’s equality.

Collectively we can all #BreakTheBias.

In honor of this global observance, here are some adult non-fiction books we recommend that feature amazing women doing extraordinary things.

Bapaji and Me by Dr. Sadhna Bhatia’s 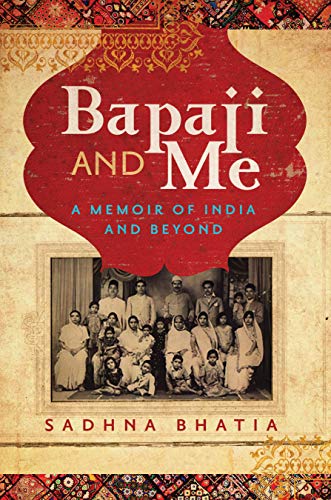 Dr. Sadhna Bhatia’s grandfather, known as Bapaji, started giving her inspiring teachings at bedtime from the earliest time she can remember. Bapaji emphasized the strength of willpower to triumph over both the minor and major issues in one’s life. He ingrained in young Sadhna that to become a doctor was a noble profession. Bapaji was a hundred years ahead of his time in his thinking that being a female made her in no way inferior; by doing so, he granted her the gift of self-confidence that illuminated her path.

Bapaji and Me tells the story of Sadhna’s childhood in India receiving the endless love and caring of not only her grandfather but other grandparents, parents, uncles, and aunts in an extended family under one roof. When Bapaji passed away shortly before her high school graduation, he had laid the foundation for her future.

Sadhna went on to become a doctor and move to the United States where she was both the first female and a foreign resident on staff in a suburban Boston hospital. Having to work extra hard to gain approval, she was nonetheless elected chairperson of the anesthesia department and worked in the field for forty years.

Speak Up, Speak Out!: The Extraordinary Life of Fighting Shirley Chisholm by Tonya Bolden

Before there was Barack Obama, before there was Kamala Harris, there was Fighting Shirley Chisholm. A daughter of Barbadian immigrants, Chisholm developed her political chops in Brooklyn in the 1950s and went on to become the first Black woman elected to the U.S. House of Representatives. This “pepper pot,” as she was known, was not afraid to speak up for what she thought was right. While fighting for a better life for her constituents in New York’s 12th Congressional District, Chisholm routinely fought against sexism and racism in her own life and defied the norms of the time. As the first Black woman in the House and the first Black woman to seek the presidential nomination from a major political party, Shirley Chisholm laid the groundwork for those who would come after her.

Extensively researched and reviewed by experts, this inspiring biography traces Chisholm’s journey from her childhood in a small flat in Brooklyn where she read books with her sisters to Brooklyn College where she got her first taste of politics. Readers will cheer Chisholm on to victory from the campaign trail to the hallowed halls of the U.S. Capitol, where she fought for fair wages, equal rights, and an end to the Vietnam War. And while the presidential campaign trail in 1972 did not end in victory, Shirley Chisholm shows us how you can change a country when you speak up and speak out. 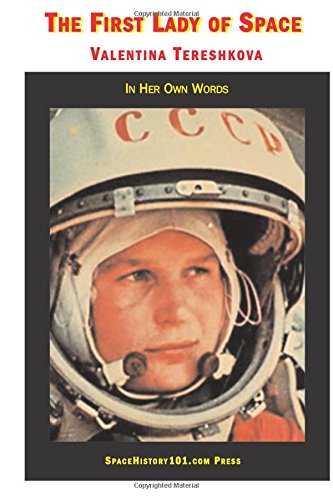 Valentina Tereshkova is known for busting down barrier as the first woman to ever go to space.

After discovering a love of parachuting, Valentina a letter to the Soviet space center asking if she could join. The Soviet space officials were already putting together a group of women for the next cosmonaut team. So in 1961, they decided to choose Tereshkova to join the next class of people to go to space. After rigorous training, she was launched into space for a 70-hour-and-50-minute flight that resulted in 45 revolutions around Earth.

As a young girl, Katherine Johnson showed an exceptional aptitude for math. In school she quickly skipped ahead several grades and was soon studying complex equations with the support of a professor who saw great promise in her. But ability and opportunity did not always go hand in hand. As an African American and a girl growing up in an era of brutal racism and sexism, Katherine faced daily challenges. Still, she lived her life with her father’s words in mind: “You are no better than anyone else, and nobody else is better than you.”

In 1953, Johnson began working for the National Advisory Committee for Aeronautics (NACA), which was still segregated at the time. Katherine was thrilled to join the organization that would become NASA. She worked on many of NASA’s biggest projects including the Apollo 11 mission that landed the first men on the moon.

Katherine Johnson’s story was made famous in the bestselling book and Oscar-nominated film Hidden Figures. Now in Reaching for the Moon she tells her own story for the first time, in a lively autobiography that will inspire young readers everywhere. During her 33-year career, she was the first woman in her division to receive credit for a research report, and she went on to author or co-author 26 research papers. Johnson received the Presidential Medal of Freedom from then-president Barack Obama in 2015.

We all know her as the first female of color to become Vice President of the United States and her story is one of overcoming adversity. When Kamala Harris was young, she often accompanied her parents to civil rights marches—so many, in fact, that when her mother asked a frustrated Kamala what she wanted, the young girl responded with: “Freedom!”

As Kamala grew from a small girl in Oakland to a senator running for president, it was this long-fostered belief in freedom and justice for all people that shaped her into the inspiring figure she is today. From fighting for the use of a soccer field in middle school to fighting for the people of her home state in Congress, Senator Harris used her voice to speak up for what she believed in and for those who were otherwise unheard. And now this dedication has led her all the way to being elected Vice President of the United States.

Told in Nikki Grimes’s stunning verse and featuring gorgeous illustrations by Laura Freeman, this picture book biography brings to life a story that shows all young people that the American dream can belong to all of us if we fight for one another.

Spanning Pasadena to Paris, acclaimed author Bob Spitz reveals the history behind the woman who taught America how to cook. A genuine rebel who took the pretensions that embellished French cuisine and fricasseed them to a fare-thee-well, paving the way for a new era of American food—not to mention blazing a new trail in television—Child redefined herself in middle age, fought for women’s rights, and forever altered how we think about what we eat.

Chronicling Julia’s struggles, her heartwarming romance with Paul, and, of course, the publication of Mastering the Art of French Cooking and her triumphant TV career, Dearie is a stunning story of a truly remarkable life.

Which remarkable woman who is #BreaktheBias would you like to read about?

Connect with Audrey Press on Social Media
Mike Nero and The SuperHero School by Natasha Carlow ​
An Oldie, But A Goodie: Mama Miti