Imagine my delight and excitement when I received an email on 3/18 stating that yet another Audrey Press book is a finalist in 31st annual IBPA Benjamin Franklin Award™!

How to Coach Girls by Mia Wenjen and Alison Foley has been named one of three or four finalists in the 31st annual IBPA Benjamin Franklin Award™ program in the Sports & Recreation category and we couldn’t be more proud!

Driven to find the answer to why girls were dropping out of sports at a rate 6 times that of boys, sports mom, Mia Wenjen, and Boston College Head Women’s Soccer Coach, Alison Foley created their book HOW TO COACH GIRLS to help keep our girls in sports.

As their publisher, Audrey Press has had the pleasure of traveling this journey alongside these two inspiring moms.

ABOUT HOW TO COACH GIRLS

How to Coach Girls provides the most comprehensive guide available to the many issues associated with coaching girls teams across the spectrum of sports, from soccer to lacrosse, field hockey to softball. Volunteer parents and experienced coaches alike will find invaluable advice on the process of making a successful team, encouraging girls to stay in sports beyond the middle school years. Twenty-two chapters cover all the major issues, including how to pick captains, the importance of growth mindset, issues around body image and puberty, as well as the intricacies of coaching your own daughter. This invaluable guide is the brainchild of Alison Foley, Head Coach of Women’s Soccer at Boston College and Mia Wenjen, a parenting and education blogger at PragmaticMom and mother of two daughters, who provide personal accounts to illustrate issues discussed throughout the book. The combination of Mia’s voice of parental experience coupled with Alison’sprofessional expertise provides an innovative and highly accessible approach to considering potential pitfalls and how to avoid them. In the final section, a broad range of experienced college coaches, including former Olympians, give crucial guidance on what it is that girls need from a coach to allow them to flourish in sports, and most importantly, have fun.–Amazon

Mia is also a blogger at PragmaticMom.com, a mash-up covering education, parenting, and multicultural children’s books. Her blog receives over one million views a year. She is a co-founder of Multicultural Children’s Book Day, January 27th, a non-profit which celebrates diversity in children’s literature. In just three days, the event generated over 3.6 billion social media share impressions!

A mother of two daughters and a son who play sports year round, she experienced first-hand how girls react differently than boys as athletes. It is from this, and her husband’s experience coaching their kids as a volunteer parent soccer and golf coach, that this book was conceived.

Alison Foley is the Boston College Women’s Soccer Head Coach. Her team’s success has led them to the NCAA Final Four and Final Eight in 13 consecutive playoff appearances. In her 20+ year career, she has coached many national team level players.

Alison started playing soccer at a young age, receiving ODP regional and national invitations. She played for Keene State College where she was an All-American, and earned a degree in psychology, focusing on sports psychology of female athletes. She still enjoys playing the game and can be found on the pitch both as a coach and a player.

“As a coach, you are in a leadership role and how you act sends a message and influences your players,” Alison noted. “If you are a coach that gets sent off the field for arguing with a ref, that’s what your players will emulate. On the other hand, you have the organization in the form of a team, to help others.”

The Independent Book Publishers Association (IBPA) – www.ibpa-online.org – is honored to announce the finalists in the 30th annual IBPA Benjamin Franklin Award™ program recognizing excellence in books released by independent publishers during calendar year 2017. From close to 1,500 entries, over 100 more entries than last year, three or four finalists were named in each of fifty-four categories. The winner of each category will be announced during a special IBPA Benjamin Franklin Award™ ceremony, Friday, April 6, 2018 at the Sheraton Austin Hotel at the Capitol in Austin, Texas. 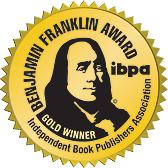 The IBPA Benjamin Franklin Award™ program is administered by the Independent Book Publishers Association (IBPA) with help from over 150 publishing professionals, including librarians, bookstore owners, reviewers, designers, and editors. All entrants receive direct feedback from the judges which is sure to help guide future publications. For more information, visit ibpabenjaminfranklinawards.com.