I was 12 years old when I started my first book in what would later become the award-winning Ascension trilogy.

I remember waking up from a dream with the idea of writing about a community of vampires. It was around when the whole Twilight series was hot, and binge-reading the series was a “thing.” I had just finished reading the whole series is I think that is where the idea of vampires got into my head! Around that time, I had also been reading similar books like Vampire Academy by Michelle Mead. At the ripe-old-age of twelve, all of this inspiration prompted me to start my mission to write my teen vampire series.

The title of the first book evolved and changed over the years, and the storyline did too. As I matured, my book did too. The process of picking the final title of a book is a very painstaking one. My publisher Valarie Budayr, our editor, and I thought about it and talked about it a lot and wrote down tons of words and ideas. We liked the idea of one word for the title, and when Valarie came up with the term Ascension, I knew that was what the title of my book should be. The title plays into the book, especially at the beginning.

Fast forward a handful of years, and I am proud to share that I was able to release Ascension: Book 1 of the Ascension Trilogy thanks to my publisher, Audrey Press, shortly after my 19th birthday.  Ascension garnered rave reviews and won a Royal Dragonfly Award (first place in young adult literature) and the Benjamin Franklin Gold Award in New Voice: YA from the Independent Book Publishers Association. 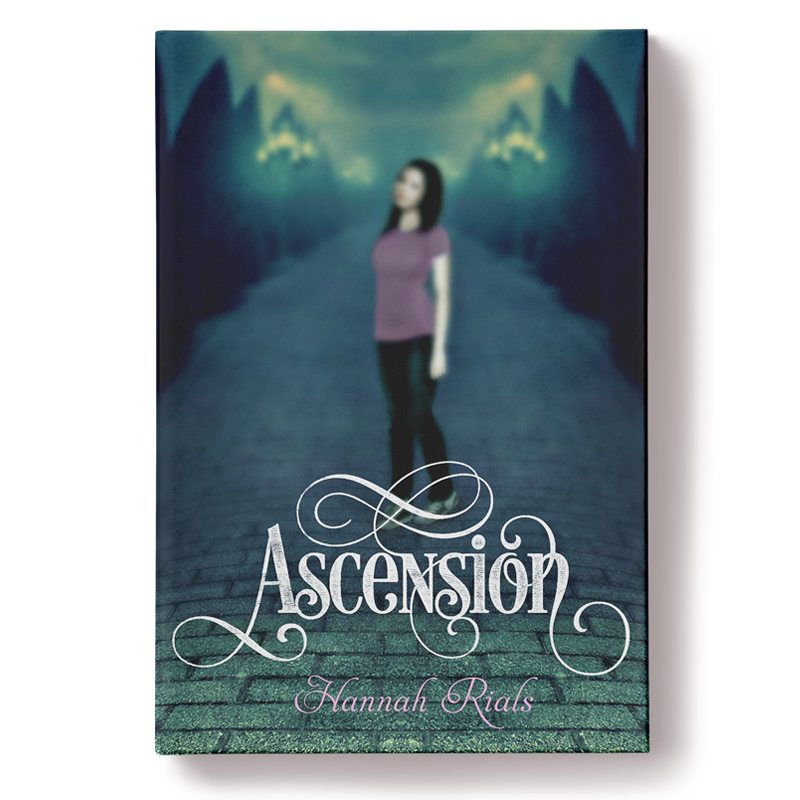 Ascension is a modern-day vampire/magic book, but it differs from other books because vampires are Deuxsang. In French, Deuxsang means “two blooded,” or in other words, they are a secret society of half-human and half-vampire beings. Steeped in the rich history of New Orleans, the book also reveals how the Deuxsang is very different in other ways as well. A Deuxsang has abilities beyond what a human does, and they are the sworn enemy of witches.

The main character is Cheyenne, a conflicted teen who has not completely developed in her Deuxsang abilities yet. That is until she spends a summer at her sister and brother-in-law’s house in New Orleans. That’s when her life comes off the rails, and she discovers who she really is…and the truth behind what is expected of her.

Angry and confused, Cheyenne discovers a bright spot in life when she meets a handsome and intriguing teenage boy named Eli. As Cheyenne’s attraction to Eli deeps, she remains blissfully unaware of the devastating truth: Eli is a witch, and he and his family are considered the enemy of the Deuxsang. Despite this, a forbidden romance between Cheyenne and Eli forms despite the fact they are technically supposed to hate each other.

Unfortunately, the Deuxsang elders discover Cheyenne and Eli’s forbidden romance. It sparks trouble with the families on both sides: trouble that could lead to war, devastation, and possible punishment by death for Cheyenne and her family.

As the story evolves, new truths are revealed, and the main characters face and evil within their family dynamic that they could not ever have imagined. Strongwilled by nature, Cheyenne refuses to give in to The Chosen One’s role that Deuxsang elders have burdened her with as the web of betrayal tightens around her.

I will not give it away, but the cliffhanger ending of Book One leaves readers understanding that the end is not the end!

Since Ascension’s release, Book two, Clandestine, and Book Three, Reclamation have published ton rave reviews. I love it when people share with me that MY book series was their latest “binge read!”

When asked who has inspired me the most, I always have to first and foremost credit my family. I love my family, and they mean everything to me. My parents, Tim and Becky Rials are my biggest supporters and cheerleaders. I have had many amazing mentors who have motivated me and kept me on track along the way. Pam Hicks has helped me develop and edit Ascension for the last six years, and she is like family to me. She can get as emotional about this book as I can. Children’s book author and publisher, Valarie Budayr, has been another strong mentor and influencer during this process, and her opinion and encouragement mean the world to me.

I am also a Christian who loves God, and many people do not understand that, as a writer, you can still be a fantasy/vampire writer and still maintain your Faith. I have gotten much pushback from people who think that being a fantasy writer and being a good Christian is impossible.

I plan to show them otherwise.

As the recent recipient of a Master’s degree in Writing for Young People from Bath Spa University, author Hannah Rials has dreamed of being an author since childhood. A native of Maryville, TN, Rials began writing her first YA novel at age twelve. That same novel, Ascension  (Book One in a three-book trilogy) ultimately became her first published book at age 19. Published by Aletha Press in 2017, the Ascension series is a saga of modern-day teenage romance filled with “double-blooded” vampires and revenge-seeking witches. Her second YA thriller in the Ascension series, Clandestine, was written and edited while she was a full-time college student at the University of Tennessee at Chattanooga.

When not writing YA novels or selling books at Mr B’s Emporium, Hannah can be found roaming around England in search of unique bookstores and coffeehouses to experience. Connect with her on Facebook, Twitter and via her website.