Finding Winnie: The True Story of the World’s Most Famous Bear  is a wonderful children’s picture book by Lindsay Mattock and illustrated brilliantly by Sophie Blackall is not only charming in every way but completely captivating.

Before it won the Caldecott Medal 2016, I had seen it sitting on a variety of bookstore shelves but hadn’t picked it up yet. Honestly, I’m glad I waited because this book was like receiving the best gift. This is the kind of children’s picture book that you’ll always remember when you read it first, who you read it to or with, and that you always want to have this book near.

Did you know that Winnie-the-Pooh was fashioned after a real-life bear and that Christopher Robin really existed?

Before the Winnie-the-Pooh, there was a real bear named Winnie. And she was a girl!

In 1914, Harry Colebourn, a veterinarian on his way to tend horses in World War I, followed his heart and rescued a baby bear on the train platform. He named her Winnie, after his hometown of Winnipeg, and he took the bear to war. 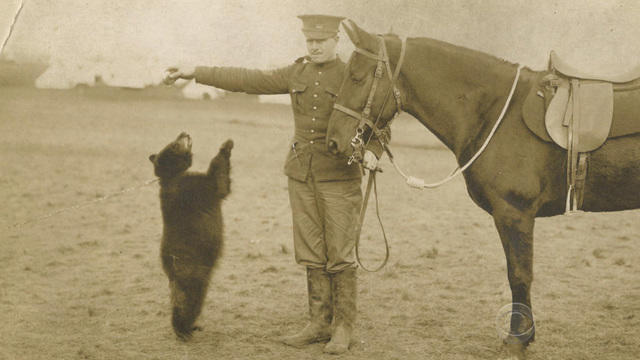 And finally to the London Zoo, where Winnie made another new friend: a real boy named Christopher Robin.

This book is a heartfelt story by Harry Colebourn’s great grand-daughter Lindsay Mattick. Even making it more engaging are the beautiful illustrations by Sophie Blackall. I love her use of color and her very inventive way of telling the story through art. One of my favorite pages is when the train is moving from Winnipeg across Canada. She captured this movement in a very unique way. Sophie also illustrated the Ivy and Bean series.

There are also some very unique storytelling features in this book such as the conversation between Lindsay and her son Cole. It captures perfectly what reading with children is like and brings an authentic air to the story. We felt as if we were right on that bed with Lindsay and Cole being told Harry Colebourn’s story.

Once Winnie was in Europe with Harry it became apparent that there was a war going on and that the bear had to be placed somewhere safe. There really wasn’t a safer place than the London zoo. Winnie was so tame that when A.A. Milne took his son Christopher to the zoo, Christopher at one point was allowed to go into the enclosure with the bear and play with him. Christopher had a stuffed bear at home who he didn’t know what to name. Because of his friendship with Winnie, he decided to name his stuffed friend Winnie-the-Pooh. His father wrote about all of their exploits both the stuffed version and the zoo version of Winnie in his classic Winnie the Pooh book.

I’ve always loved that Winnie-the-Pooh was a real bear. I’ve never looked into it further and have very well worn, read, and loved copies of all the Winnie-the-Pooh series. Let’s look a little further into the history of this most famous bear.

In collaboration with Harry Colebourn’s family, Ryerson University Library and Archives has a wonderful online exhibit called The Real Winnie, which includes some of Harry Colebourn’s diary pages, maps, photographs, essays, and his vet kit. You can also find great information about the *real* Winnie the Pooh on History.com

So for the 2020 holiday season, everyone at Audrey Press would like to offer a gift-buying perk (and stress buster!) in the form of a very unique 10 BOOK BUNDLE plus a special COUPON CODE.

During the month of October, use Coupon Code SAVE20 at checkout to save 20% on orders over $50! 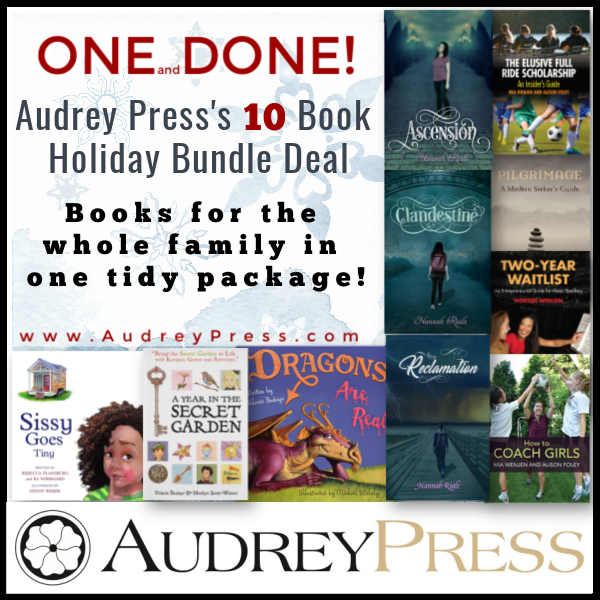 This special Holiday 10-book Bundle Deal includes one paperback or hardcover copy of the following books:

So this holiday season, give your family the gift that they can open again and again…BOOKS!