In the past, April the 2nd has been chosen to mark this day for young literature lovers because its the same date as Hans Christian Andersen’s birthday. As the author of many famous children’s stories like The Little Mermaid and The Ugly Duckling,

Hans Christian Andersen is a well-known name in the world of classic children’s books. His stories have been made into so many movies, musicals, operettas, and much more. But did you know he had many other talents as well? Did you know that he was a paper-cutter as well as a marvelous fairy tale writer?

Here are a few more details about his life and craft:

The Storyteller Series: Many of our favorite authors not only bring to life stories that hold our attention, but they were also and are actual people who hold a variety of talent passions, and interests. These have become part of the woven cloth of the storytellers themselves. This series sheds a light on the writers and their passions giving us a glimpse and experience into their daily lives.

Once, not so very long ago, a man of middle age could be seen walking down the streets of Copenhagen Denmark with a bag strewn over his shoulder. Where was he going? Well to visit the King of course. He had been invited like many times before, to entertain and delight the King and his guests with his wonderful stories of words and paper.

Who could this man be?

Just like some of the characters from his fairy tales, the storyteller was born to very poor parents in Odense, Denmark. His father worked as a shoemaker and his mother a washerwoman. His father would entertain him with old Danish legends before his untimely death when Hans was 11. 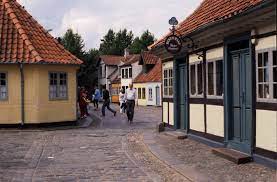 The people of his small town didn’t know what to make of this tall, awkward boy. He would recite long passages from plays, do clumsy dances and sing ridiculous songs all to make the townsfolk laugh.

His mother wanted him to become a tailor but Hans would have none of it. “I’m going to be famous,” he would say.

Though he was famous to the people of his small town, to become really famous he would need to leave Odense and go to Copenhagen. And that’s precisely what he did.

At the age of 14, he moved to the capital city of Copenhagen hoping beyond all reason to be an actor in the Royal Theater. Many wealthy people tried to help him succeed but to no avail. His dancing master gave up, as well as his singing coach. Directors of the Royal Theater did their best to support his scriptwriting efforts but nothing worked. Finally, it was decided that he should go to school.

He was much older than the other students and he was made fun of by his school teacher. He was so depressed that when the people paying for his education found out, they brought him back to Copenhagen to study with a private tutor.

After his schooling, Andersen spent many years traveling and writing poems, books, and plays. It was not until he was thirty that he wrote any fairy tales. His first small book of tales became an instant success and from then on his fame grew as well, all over Europe and eventually the world.

Hans Christen Anderson put many pieces of his own life into his fairy tales. His own mother was forced to go begging as a small girl. This led him to write “The Little Match Girl,” a story spinning compassion for the unfortunate ones of our world. 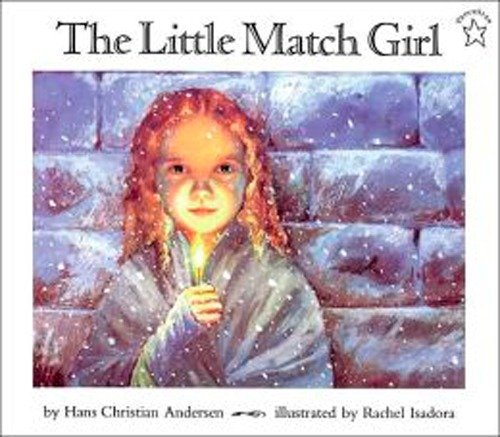 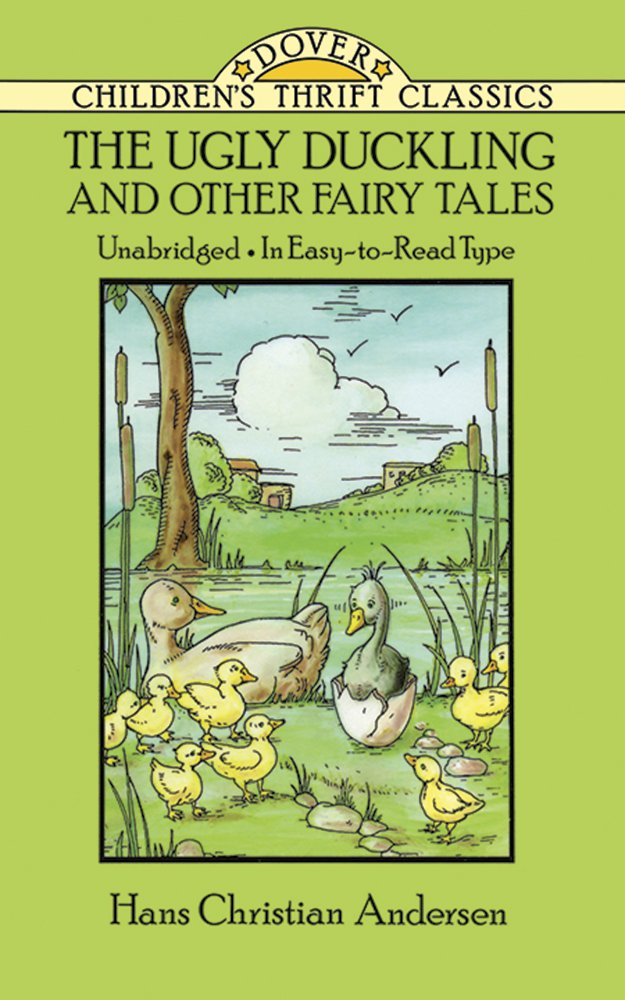 Do you know what Hans Christian Andersen liked as much as his fairy tales?

Paper!  He was an addict to paper. He wrote on it, he drew on it and he uses to cut in it. Just like a sculptor carves the figure out of stone, Hans Christian Andersen used to cut his stories out of paper. In fact, he was a very popular paper-cutter.  In order to amuse his friends and their children, Hans made his very famous paper cuts. Wherever he would go he would carry his bag filled with paper and these very large monstrous scissors which he used to cut out the most elegant figures.

There isn’t a direct connection between his paper cuts and his fairy tales but he used to accompany his paper cutting with a fantastic tale, and end the tale by unfolding the paper to amazed listeners. Not only were the paper cuts beautiful but they held the secret to the story meant to challenge the mind. Often there was a hidden meaning in the paper cuttings, just as there was a secret meaning held in his fairy tales. On the outside it was amusing and impressive and deep inside the meaning could amaze.

This was all captured in the book, The Amazing Paper Cuttings of Hans Christian Andersen by Beth Wagner Brust. 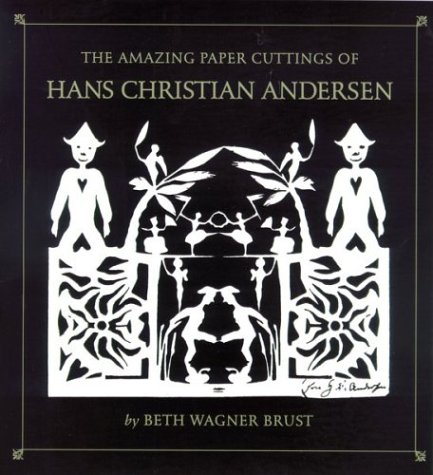 Hans Christian Andersen went on to become a most beloved and cherished national and world treasure. After traveling in Europe over several years, he returned back to Copenhagen to be heralded as a national hero. The people of Copenhagen crowded the square to get a glimpse of the famous storyteller from the balcony. To welcome him home every house in Copenhagen lit candles in the windows to celebrate the legacy of their beloved storyteller.

Fans of Spiritual Travel…where will your gypsy soul take you this year?

Author Evans Bowen raises the vibrations and shifts the restless souls’ perspectives that are unable to travel due to our increasingly fragmented world. In Pilgrimage: A Modern Seeker’s Guide, Bowen recounts her 40-day trek on one of the world’s most sacred paths, Camino de Santiago (known in English as the Way of St. James) in 2014. 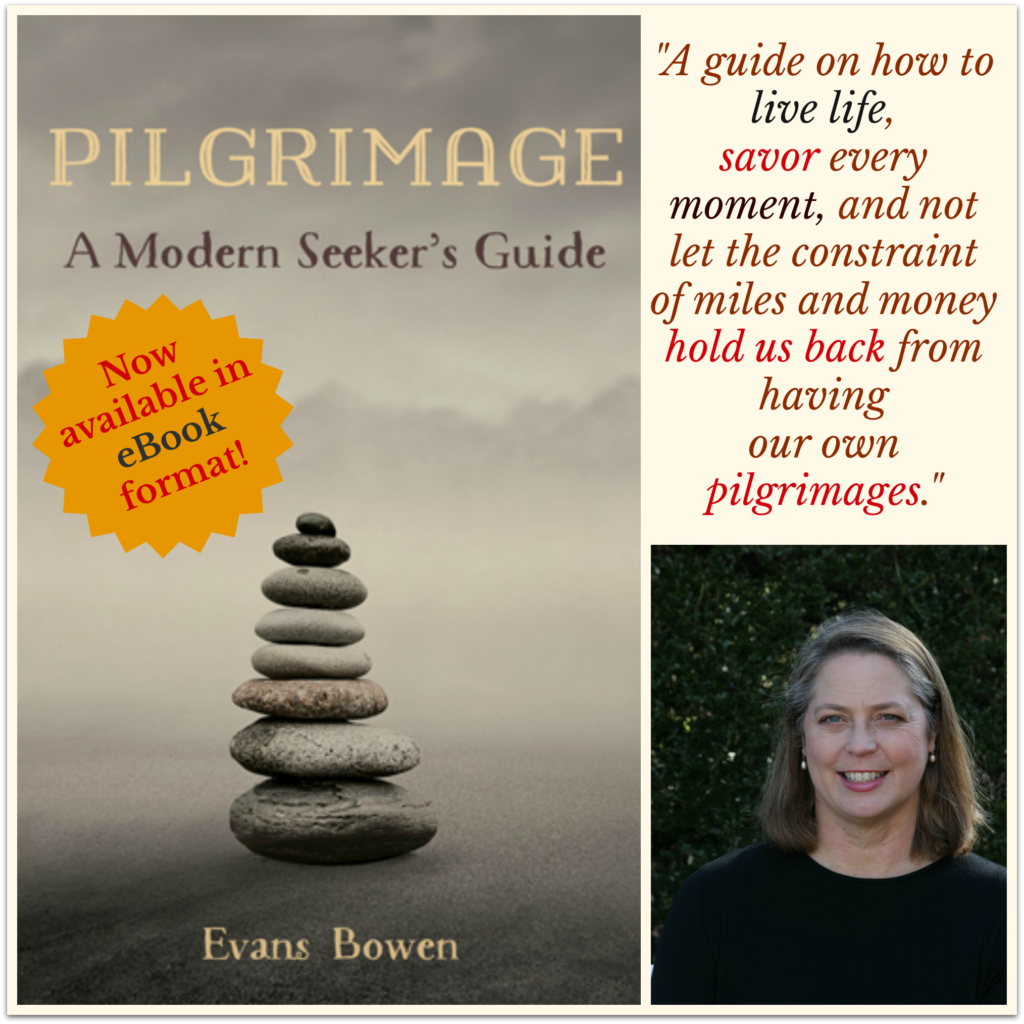 Written to be a guide on how to live life, Bowen also encourages transformative travelers to savor every moment and not let the constraint of miles and money hold them back from their pilgrimages. Bowen delivers a wisdom-filled book that will help others find the secret space where they can step out of ordinary life and into an extraordinary one.

A tradition of all religions, a Pilgrimage is a journey to sacred sites as an act of devotion and dedication. Still, Bowen shares with readers that it is time to expand that definition to encompass modern life. Taking time to visit a place near home or around the globe, to open the mind and heart to the Divine, brings healing and new meaning to life. Pilgrimage is both an external journey to a place longed for and an internal journey to the center of our most authentic self.

It is an epidemic of our time to come to the end of our days and realize we’ve never taken the time to let the simplest of pleasures nourish our souls, or even be aware of what those pleasures are. Evans offers pragmatic advice for heightening sensory awareness, finding presence, connecting with nature, breath, movement, mindfulness all in the context of a well-told story of a 40-day pilgrimage.~Amazon review

A lovely and inspirational book that beckons travelers to realize that a pilgrimage can be made with friends and doesn’t have to be in faraway lands.~Mia W

Grab your copy of Pilgrimage: A Modern Seeker’s Guide in paperback or ebook on Amazon