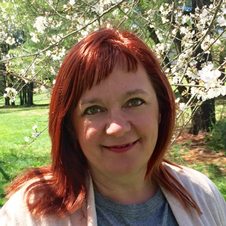 VALARIE BUDAYR: Valarie Budayr is a co-founder of Multicultural Children’s Book Day, a movement to celebrate diverse multicultural children’s books, CEO, and publisher at Audrey Press, and creative director of the popular blog and website Jump into a Book. She is also the award-winning, best-selling author of The Fox Diaries: The Year the Foxes Came to Our Garden, The Ultimate Guide to Charlie and the Chocolate Factory, and Mom’s Choice

Award Winner A Year in the Secret Garden and Dragons Are Real.

Valarie is a play and reading advocate whose mission is to inspire children, families, and communities to experience and create a world together while having fun. She is passionate about making children’s books come alive via original and unique book extension activities so kids of all ages can experience the stories in new and exciting ways. 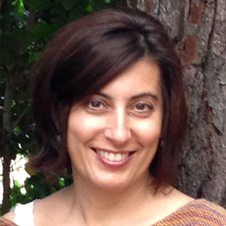 DONNA ASHTON: Donna Ashton: Author or The Waldorf HomeSchool Handbook (published by Audrey Press), Donna is a veteran Waldorf homeschooling mom & homeschooling mentor. She connects the experts, teachers, and information with thousands of families around the world so they can make a difference in their children’s lives. Donna has guided families through her online workshops, tele-summits, and programs. Read more about Donna and The Waldorf Homeschool Handbook here. 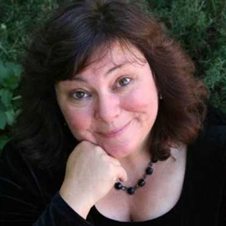 MARILYN SCOTT-WATERS: Marilyn Scott-Waters is the talented illustrator behind the enchanting Audrey Press children’s book A Year in The Secret Garden {written by Valarie Budayr} which released in May of 2015. She has also illustrated work for Scholastic, MacMillan Children’s Books, Piggy Toes Press, and Sterling Children’s Books. Her award winning website, www.thetoymaker.com receives 2,000 to 7,000 visitors each day, who have downloaded more than seven million of her easy-to-make paper toys. Her goal is to help parents and children spend time together making things.

HANNAH RIALS: A Maryville native and current college student at University of Tennessee at Chattanooga, Hannah began writing her first novel at age twelve. Eight years later, the result is her new YA novel Ascension; a modern day teenage romance filled with “double-blooded” vampires and revenge-seeking witches. Ascension won the coveted 2017 Gold Ben Franklin Award for Best New Voice in Children’s and YA as well as a Dragonfly Award for Best YA Fiction.

Hannah’s second book in the trilogy, Clandestine, was written and editing while she was a full-time college student. After graduating from University of Tennessee at Chattanooga with a BA in Creative Writing, she will be attending college at Bath Spa University’s MA (England): Creative Writing for Young People; a yearlong master’s degree.

Hannah is a vampire fanatic, a New Orleans lover, and a dog obsessor. She loves her friends, family, and finding new adventures. To keep up with Hannah, you can find plenty of pictures of her corgi Buddy and her travels on Instagram @herials because who doesn’t love a cute corgi picture?  Connect with Hannah on Facebook, Twitter and via her website.

“I feel like I am living proof that dreams do come true.”– Hannah Rials

MIA WENJEN: Mia Wenjen co-founded Aquent in 1986 with two friends as a dorm room entrepreneur at Harvard University. She has been a member of the Board of Directors ever since and has held a number of roles at the company, including founding the West Coast operations and growing the Los Angeles, California office into the company’s largest market. In 1992, Aquent (then called MacTemps) placed #12 on the Inc. 500 list for Fastest Growing Private Company.

Mia is also a blogger at PragmaticMom.com, a mash-up covering education, parenting, and multicultural children’s books. Her blog receives over one million views a year. She is a co-founder of Multicultural Children’s Book Day, January 27th, a non-profit which celebrates diversity in children’s literature. In just three days, the event generated over 3.6 billion social media share impressions!

A mother of two daughters and a son who play sports year round, she experienced first hand how girls react differently than boys as athletes. It is from this, and her husband’s experience coaching their kids as a volunteer parent soccer and golf coach, that this book was conceived.

ALISON FOLEY: Alison Foley is the Boston College Women’s Soccer Head Coach. Her team’s success has led them to the NCAA Final Four and Final Eight during 13 consecutive playoff appearances. In her 20+ year career, she has coached many national team level players.

Alison started playing soccer at a young age, receiving ODP regional and national invitations. She played for Keene State College where she was an All-American, and earned a degree in psychology, focusing on sports psychology of female athletes. She still enjoys playing the game and can be found on the pitch both as a coach and a player.

Rebecca Flansburg: Rebecca is one of the co-authors of the diverse and unique picture book, Sissy Goes Tiny. Rebecca is an author,

freelance writer, and blogger from Minnesota who writes about parenthood topics and being a mompreneur. She is mom to two humans and critter mom to way too many pets. Rebecca credits her quick wit and positive outlook on life for keeping her sane and successful. Her non-fiction books FREEdom: Creating the Work-From-Home Life You Crave and MOM BOSSING: The Freedom to Create the Business You Love can found on Amazon. She is a proud member of the Lakes Area Writers Alliance and readers can connect with her on Instagram or Facebook.

B.A. Norrgard: B.A. is the second author of Sissy Goes Tiny and she and Rebecca have been friends since high school.

in a downtown high rise and hand-built her tiny house.  She is a passionate advocate for others following their dreams and letting go of societal conditioning, and being free to live a larger life in a smaller space.  BA is a doer.  She has traveled over 14,000 miles with her house and writes about her minimalist, vegan life on her website, banorrgard.com

ROSCOE WELPLY: Roscoe is a deeply talented book designer, graphic artist, and illustrator, Roscoe has been an important part of the success of Audrey Press for many years. A freelance graphic designer located in Bordeaux, France, Roscoe was the designer of 2 children’s books for Audrey Press. He has worked for a variety of clients and companies from Australia, England, France, New-Zealand, Japan, Singapore and the USA.  Along with design, Roscoe also has a true passion for skateboarding. Roscoe lives in Bordeaux (France) with his wife and two children. Connect with Roscoe on Twitter or learn more about him at his Book Design Factory website. 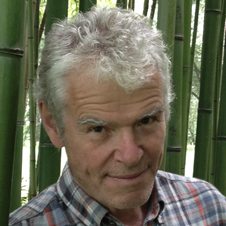 MICHAEL WELPLY: Michael is a world class illustrator who has illustrated over 80 books. Michael was born in London in 1948 and moved to Winnipeg, Canada in 1950. In 1981 he moved with his family to central France, where he still lives. Having studied art first in Winnipeg and then in Paris, Michael began his illustrating career in 1977 and has worked for many publishers in Europe and the United States. He has illustrated over 80 books, ranging from historical work to fantasy and fairy tales. To view a full list of Michael’s books, go HERE.

Yasmeen Olya: An accomplished musician-composer, folk harpist and soprano vocalist Yasmeen Amina Olya is also a Waldorf alumnus who has contributed her breathtaking illustrating skills for the Waldorf community for the past 15 years.  A renowned artist, Yasmeen also created the lovely and soulful cover for the Waldorf Homeschooling Handbook. You can connect with Yasmeen on her Waldorf-inspired site www.wisesophia.com or her official site www.yasmeenaminaolya.com/

Penny Weber: Penny Weber is a full-time artist and illustrator from Long Island, New York, where she’s lived all of her life. She works

digitally on Photoshop to mimic the look of watercolor illustrations. Penny attended classes at the School of Visual Arts in New York. Over the years she has worked in residential murals, greeting cards, and she still offers portraits, caricatures and pet portraits to independent clients. In 2007, Penny turned her attention to children’s book illustration and quickly signed with Wendy Mays and Janice Onken to be represented by WendyLynn & Company.  Since then Penny has illustrated many books, including the Chris P. Bacon series for Hay House Publishers. Some of Penny’s other clients are McGraw Hill Education, Seed Learning, Tilbury House, and Learning A-Z. She has a husband, three children, a cat, and is heavily lobbying for a puppy!