Apollo 11 was the spaceflight that first landed humans on the Moon. Commander Neil Armstrong and lunar module pilot Buzz Aldrin formed the American crew that landed the Apollo Lunar Module Eagle on July 20, 1969, at 20:17 UTC. Wikipedia

The week of July 16-21st marks the 51st anniversary of the Apollo moon landing.

Though this anniversary has passed for this year already, I can still recall the childhood memories of myself and my family gathered around the television to watch the rocket launch on July 20th, 1969, and the landing on the moon the next day on July 21st.

“America’s Apollo 11 spacecraft launched from Cape Canaveral, Florida. Two of the three Americans on board — Neil Armstrong and Buzz Aldrin would leave footprints on the moon. All three returned safely to earth. Although the feat stands as the greatest technical achievement in the 6,000-year recorded history of the human race, some of the awe has been lost to the two or three human generations that have followed.”  Team Moon by Catherine Timmesh

One of the larger than life memories of that day comes from sitting between my grandfather and my father who were arguing with my 92-year-old great grandmother. She firmly believed that no one could ever fly to the moon. When she was born in the late 1800′s nothing moved faster than a steam engine, ship, or horse.

In her lifetime she had seen the invention of the car, electricity, airplanes, and now a space rocket. After that fateful day in 1969 when a rocket broke the earth’s atmosphere and was headed straight for the moon, she just continued to say, “They’ll never do it. We’ll never see them again. They’re completely lost in space. “

The next day, as we gathered for the second time in a week to check on our favorite astronauts, Great Gram was extremely alert and wanted the best seat in the living room to be sure to see everything. As Neil Armstrong and Buzz Aldrin walked on the moon, my Great Gram became very excited.“Isn’t this the most marvelous thing you’ve ever seen? Look there’s no gravity. Look at that! Look at that!” 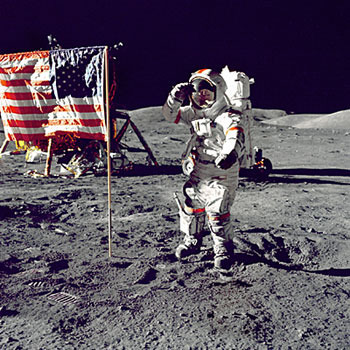 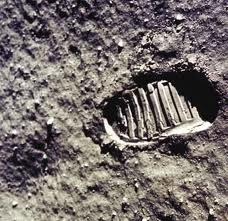 Clapping her hands together she said with awe and wonder in her voice, “I want to go to the moon. Who wants to go with me?”

I raised my hand so quickly that I nearly dislocated my arm from my shoulder.  As I looked around the room the only other raised hand was my dad’s. He looked at me and winked.

“So that leaves it to us. We’ll just have to represent all of the family on the moon,” Great Gram said. Everyone laughed and laughed.

Later that night Great Gram, Dad, and I went outside and looked at the moon. For myself, I was sure that I could see Apollo 11 up there with my new colleagues Neil Armstrong and Buzz Aldrin. Soon the three of us would be right where those astronauts were standing, making me the coolest first-grader in history.

We were labeled the Wannabe Moon-Walkers by the family. The first of the Moon-walkers and our fearless leader, Great Gram, passed away 6 months later. Every time I look at the moon I think of her and ouralmosttrip to space.

In memory of that fateful day, I’ve put together a little Moon Landing book list. This post is dedicated to my Great Grandmother Anna Lindquist and my sweet papa, Jack.  My dad always held the dream alive that one of us would make it to space.

It’s now up to me. Who wants to go to the moon? 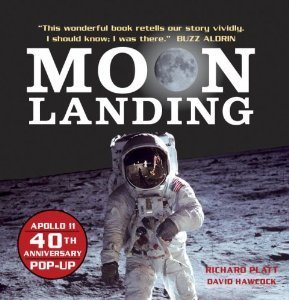 Trace the history of people’s fascination with the moon — and the scientific developments that led to a ground-breaking mission — in an out-of-this-world novelty book commemorating the first moon landing. Acclaimed author Richard Platt focuses on humankind’s dreams of traveling to the moon, the race to conquer space, the technology needed to reach the moon and sustain the astronauts in space, and the moon landing itself. Re-creating the excitement of the expedition are extraordinary pop-ups depicting a rocket, the lunar module, a spaceship, and a spectacular spherical moon, while booklets and flaps offer readers a wealth of intriguing facts.-Amazon

On the Moon by Anna Milbourne

This is a new title in the fantastic “First Reading” series, part of ‘The Usborne Young Reading Programme’. It is aimed at children who are beginning to read. Let your imagination fly – soar into space and take a trip to the moon. It features photographs with real images of the moon and fun puzzles after the story to consolidate learning.-Amazon

Moonshot: The Flight of Apollo 11by Brian Floca

Simply told, grandly shown, here is the flight of Apollo 11. Here for a new generation of readers and explorers are the steady astronauts, clicking themselves into gloves and helmets, strapping themselves into sideways seats. Here are their great machines in all their detail and monumentality, the ROAR of rockets, and the silence of the Moon.-Amazon 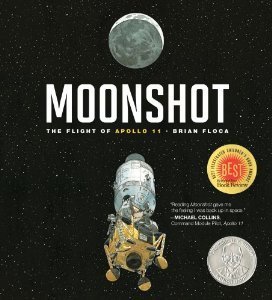 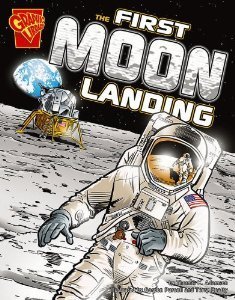 In graphic novel format, tells the story of the Apollo 11 mission, including the first moon landing in 1969.-Amazon

Mission to the Moon(Book and DVD) by Alan Dyer 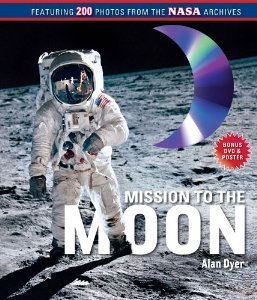 Produced in cooperation with NASA, this breathtaking book is packed with everything you need to know about the first moon landing. From the earliest legends about the moon to the space race and the successful lunar landing, plus subsequent missions, the oversize book is chock-full of stunning photos and fun factoids about Earth’s nearest celestial body. The DVD included with the book gives you a front-row seat for Apollo 11’s blastoff and the iconic moonwalk, along with never-before-seen footage culled from the NASA archives.-Amazon

Here is a rare perspective on a story we only thought we knew. For Apollo 11, the first moon landing is a story that belongs to many, not just a few and famous. It belongs to the seamstress who put together twenty-two layers of fabric for each spacesuit. To the engineers who created a special heat shield to protect the capsule during its fiery reentry. It belongs to the flight directors, camera designers, software experts, suit testers, telescope crew, aerospace technicians, photo developers, engineers, and navigators.-Amazon

It was 1969 and no one had ever set foot on the moon. Some said it couldn’t be done. But astronauts Mike Collins, Buzz Aldrin, and Neil Armstrong were going to try . . . Here in picture book format is the amazing true story of the first moon landing, when a man set foot on an unexplored world and showed us that the boundaries of our world were limitless.-Amazon

The Everything Kid’s Space Book: All about Rockets, Moon Landings, Mars, and More Plus Spacie Activitiesby Kathiann M. Kowalski 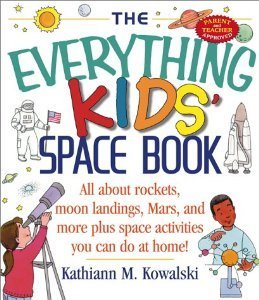 In The Everything Kids’ Space Book kids will learn not only about contemporary space heroes, but they will unlock the mysteries of Stonehenge and discover Oort Clouds, the Keiper Belt, and Planet X. We haven’t forgotten to include the Big Bang Theory, the Greenhouse Effect, Black Holes, Aliens — wow, this book really does have everything!-Amazon

Chief engineer Thomas J. Kelly gives a firsthand account of designing, building, testing, and flying the Apollo lunar module. It was, he writes, “an aerospace engineer’s dream job of the century.” Kelly’s account begins with the imaginative process of sketching solutions to a host of technical challenges with an emphasis on safety, reliability, and maintainability. He catalogs numerous test failures, including propulsion-system leaks, ascent-engine instability, stress corrosion of the aluminum alloy parts, and battery problems, as well as their fixes under the ever-present constraints of budget and schedule. He also recaptures the exhilaration of hearing Apollo 11’s Neil Armstrong report that “The Eagle has landed,” and the pride of having inadvertently provided a vital “lifeboat” for the crew of the disabled Apollo 13.-Amazon 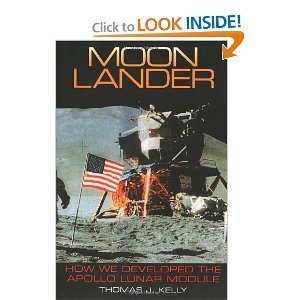 Gr 4-6–Clearly and succinctly, Cole recounts some of the highlights of America’s manned space-flight program. All the books are well written (with footnotes) and illustrated with photographs (most in color).-Amazon 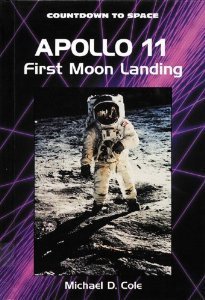 Flying to the Moon: An Astronaut’s Story by Michael Collins

In this entrancing account, space traveler Michael Collins recalls his early days as an Air Force test pilot, his astronaut training at NASA, and his unparalleled experiences in orbit, including the Apollo 11 mission, the first manned lunar landing. The final chapter to his autobiography, revised and updated for this edition, is an exciting and convincing argument in favor of mankind’s continued exploration of our universe.-Amazon 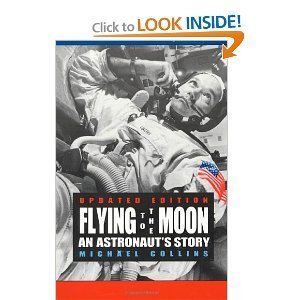 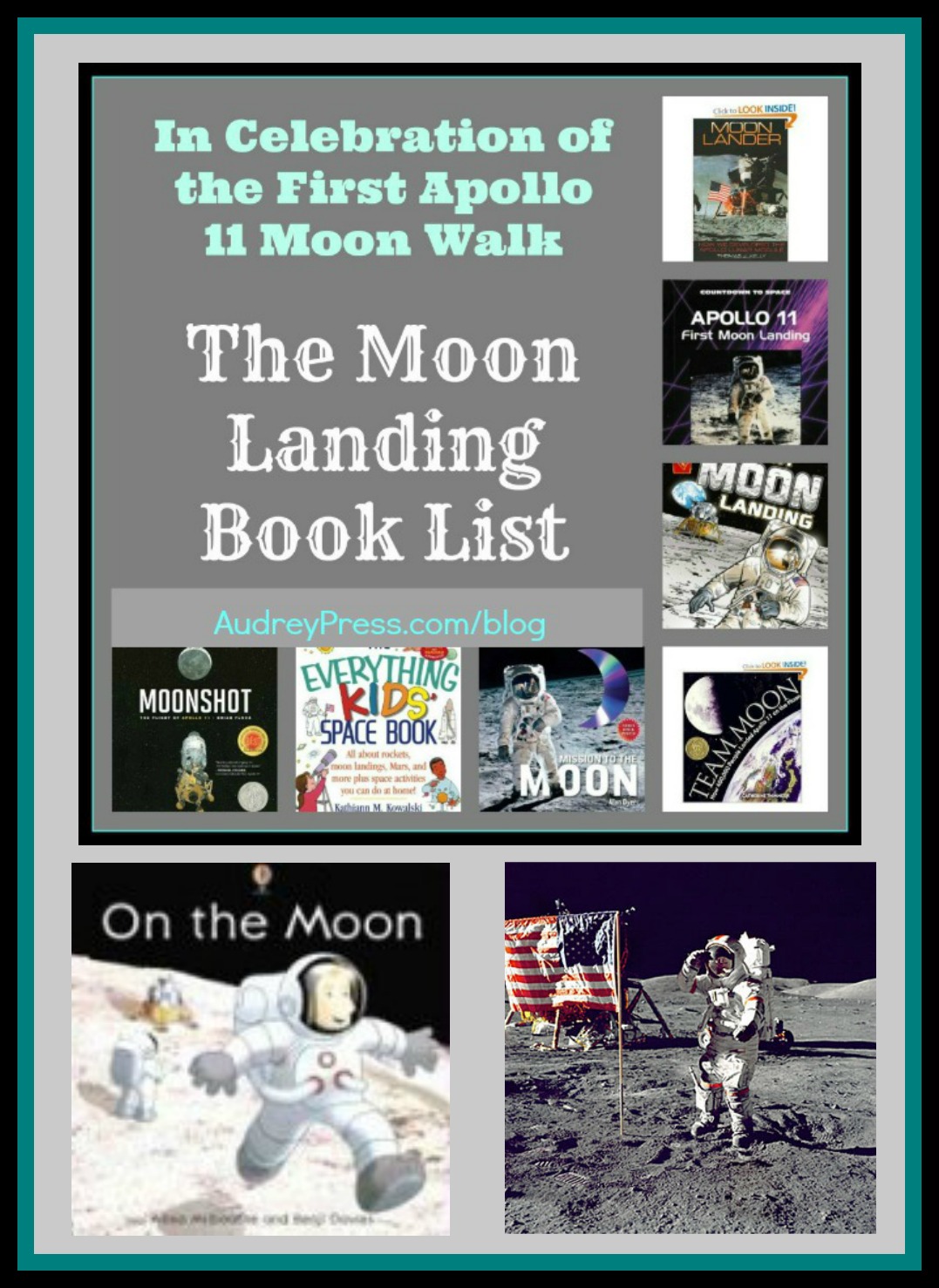 If you are in the mood for MORE not-earthly adventure, we highly recommend this interactive, enhanced digital ebook.
Inspired by a kids’ classic story, you will love The Ultimate Guide to Charlie out into the World.

Enter a world where collaborative play is woven into the fabric of our everyday family life. The Ultimate Guide to Charlie and the Chocolate Factory will open the door to transforming relationships, encouraging new perspectives, and indulging in the happiness and the joy of innovating with your children.

Who is Charlie? The Ultimate Guide to Charlie and the Chocolate Factory is an interactive, adventure that leads us through the Chocolate Factory with stops along the way to create, laugh, and learn. It reawakens the passion and idea of “jumping” inside the pages of this book with the knowledge that each chapter is a gateway into a magical world. Now available on iTunes, it’s your opportunity to truly experience where art, literature and technology meet allowing you to feel the story like never before.

Charlie was born of a unique collaboration between co-authors Valarie Budayr and Roscoe Welply, this dynamic duo along with Kite Readers have crafted an enchanting world that leaps from the pages, and coaxes the reader to immerse themselves in the adventures that await them at the Chocolate Factory. 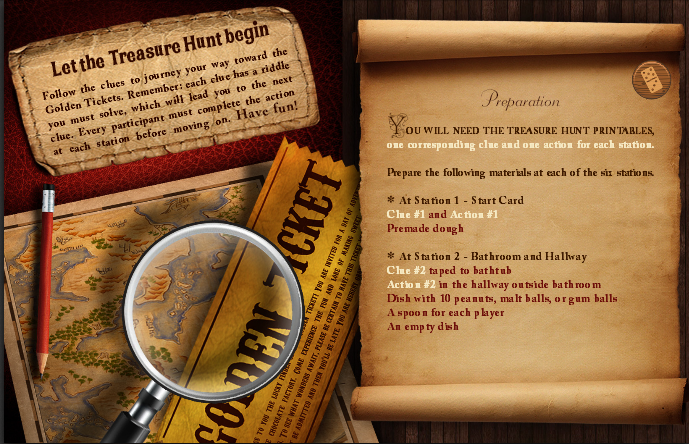 What You Can Expect with Charlie:

Gather your family and come along on a magical journey into one of the most beloved children’s books of all time to experience a story like never before. You will have a front row seat to this delightfully illustrated and fabulously written children’s enhanced digital e-book that will come to life with not only a great story, but over 20 activities and crafts that will spark their imagination and awaken their inner child.

Are you read for an adventure? Enter HERE to start the Charlie experience or grab your download on iTunes.